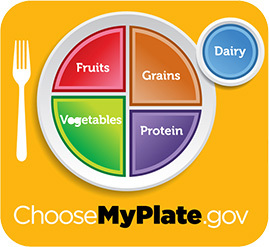 The new federal dietary guidelines are about to come out, but the fight over the bad science used to create them is still raging.

It seems that every 5 years the federal government rolls out the new dietary guidelines with hardly any criticisms. Sure you’d hear them from the various food special interest groups worried about sales, but very little about whether the recommendations actually work.

How times have changed.

Two articles, in as many days, both from The Washington Post, question the science the US federal government uses in developing the soon to be released 2015 guidelines.

Congress Skeptical Of The New Guides
First up, the Post reported on a Capitol Hill hearing where Congress asked pointed questions about the science behind the new guidelines. More than 29,000 people commented on a report issued by the guide’s advisory committee in February. Typically such reports garner very few comments.  The increased public scrutiny and the contentious fight over this year’s guides caused Congress to set up this hearing.

It was one of the few occasions where it wasn’t one party going after another. The politicians were united in questioning of the science behind the guidelines. That tells me something big is happening in our country as politicians follow the culture, they don’t drive it.

Of course those in charge of the US departments of Agriculture (USDA) and Health and Human Services (HHS) claimed they look at the best available data.

What a crock. The truth is the Dietary Guidelines Advisory Committee that puts together the guidelines isn’t looking at any new data on low carb/ketogenic/paleo diets. Yet, as this great podcast on the new guidelines indicates, the committee is promoting vegetarian and vegan diets without clinical studies to back it up.

Plus this same committee put together a far-reaching report to “transform the food system.” How so? They are calling for ‘electronic tracking’ of time we spend watching TV. Oh and my favorite, having trained obesity “interventionists” at our jobs. What the hell does that have to do with nutrition?

Rather than admit the guidelines were a total failure, these clowns want to double down on stupid and blame us for the rise of metabolic syndrome (obesity, diabetes, high blood pressure, etc.). You see we didn’t try hard enough. We lack will power. We’re eating too much and not exercising enough.

The fact that the rise in obesity, diabetes and other metabolic symptoms followed not long after with the introduction of the government’s dietary guidelines more than 30 years ago is completely ignored by this expert committee.

Instead, the experts are recommending more of the same but with way more government intervention in our lives.

Whole Milk Is The New Black
The second article was critical of the government’s recommendation to replace whole milk with fat-free or low-fat options. The article delves into the dogma surrounding the view by the government, the American Heart Association, dietitian, nutritionists that saturated fat is bad.

There are more and more stories like this appearing in the mainstream press about how we got it so wrong more than 40 years ago and the toll it’s taken on our health.

I learned about this book via the wisdom of crowds!

The Wisdom Of Crowds
Only when I ignored the government’s guidelines and the mainstream views on weight and health, did I finally take charge of my health. Thanks to social media the solution for me was just a few clicks away.

Thanks to social media, more people can and are learning from others who’ve successfully changed their health for the better. From bloggers to podcasters to indie filmmakers — all have helped me on my journey. Whether I agreed with them or not, I learned more about nutrition from these (mostly) self-educated folks than I ever did in school, from my doctors, or reading articles in women’s fitness magazines.

Blogger and filmmaker Tom Naughton calls this ‘the wisdom of crowds.’ We are turning away from the so-called experts in favor of social media because deep down we know what we’ve been taught isn’t working.

I recently watched a great video featuring Professor Tim Noakes where he talked about this. He spoke about a guy who lost a ton of weight following Noakes’ low carb advice.  This man ignored his doctor’s mainstream advice (eat less, exercise more, take medication) and did his own research. He found Noakes’ Banting diet online and followed it closely. In 28 weeks he lost over 160 kg. The point of this story? Noakes explained that doctors are failing and because of that, this — people doing their own research via social media — is the future of medicine if the medical community doesn’t wake up.

6 thoughts on “Why You Should Ignore The New Dietary Guidelines”